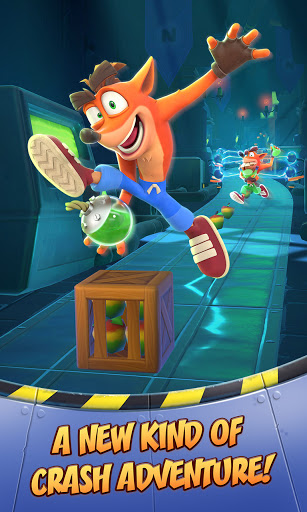 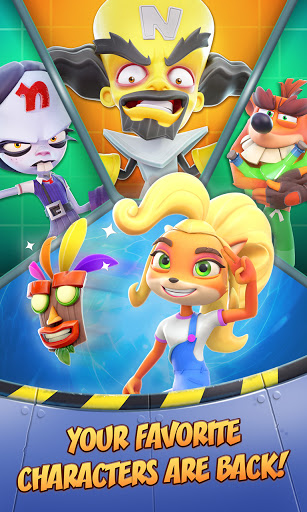 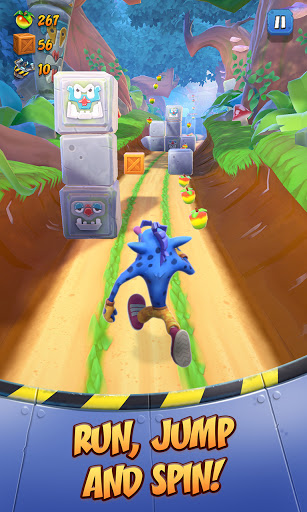 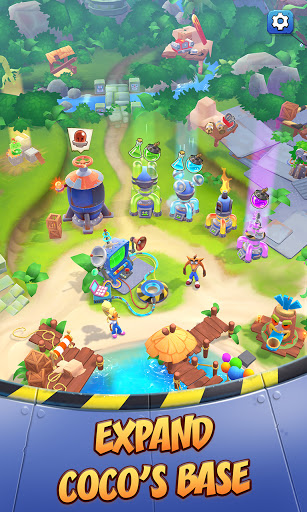 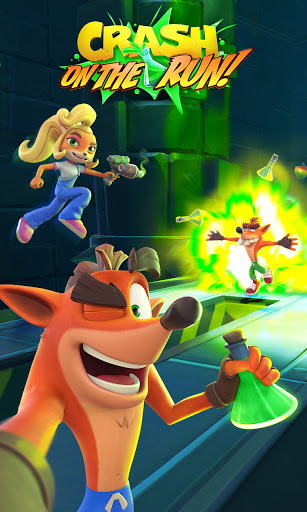 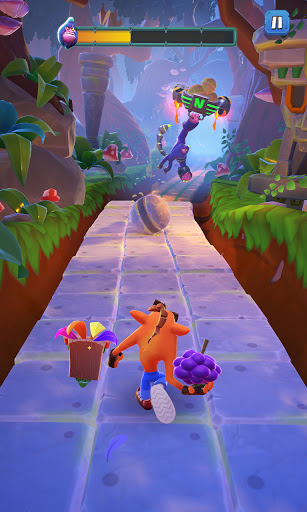 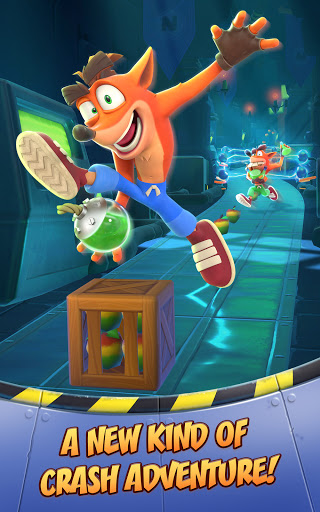 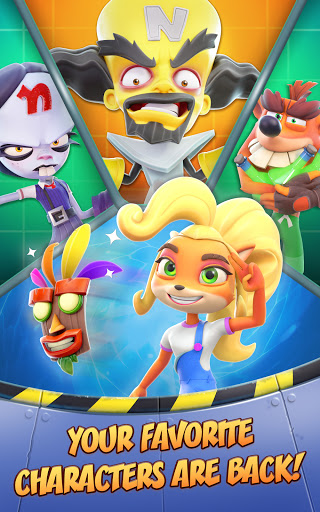 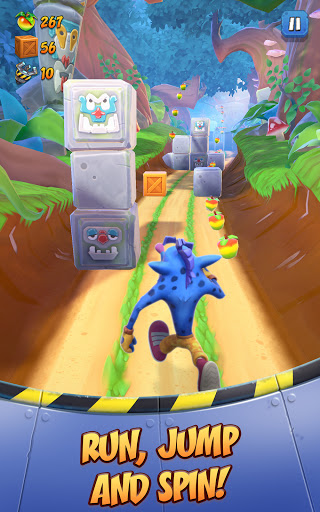 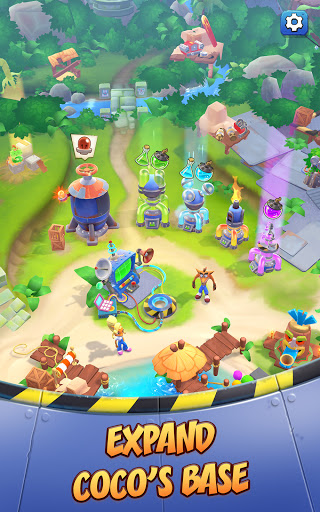 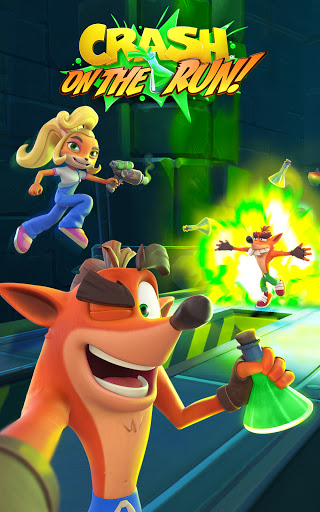 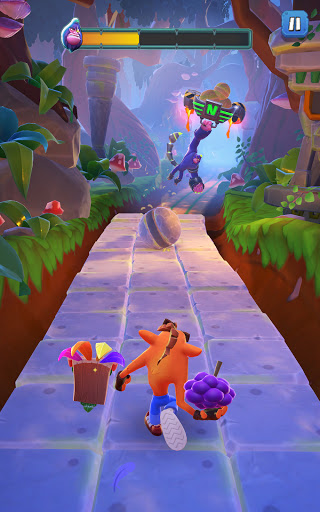 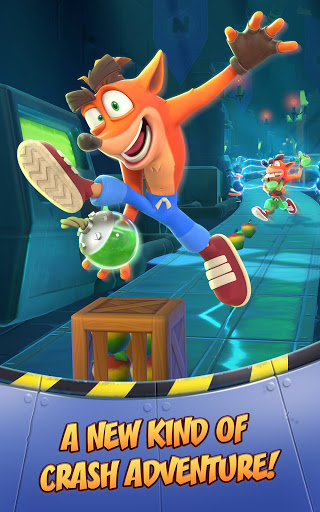 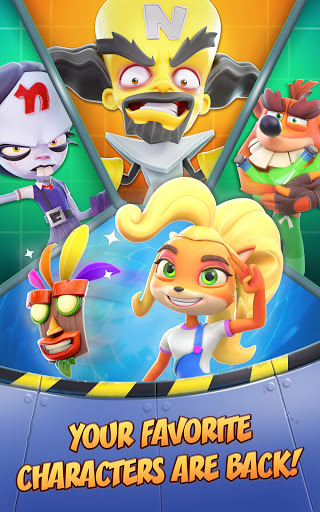 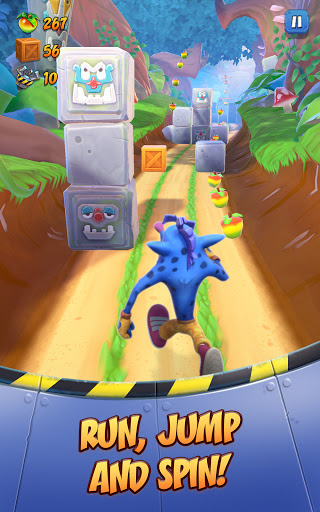 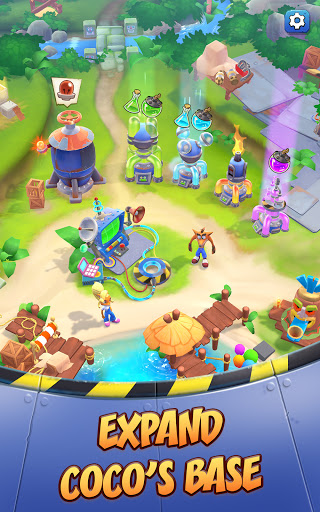 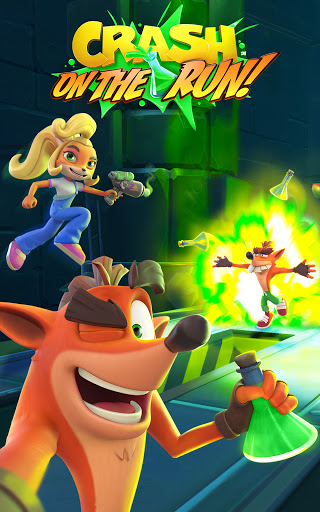 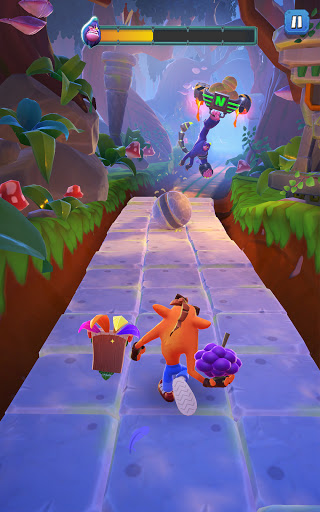 Crash Bandicoot is back, but this time he’s on the run and on mobile! That means high-speed battle runs across Wumpa Island to save the multiverse from the evil Dr. Neo Cortex; smash crates, avoid obstacles and run into your favorite characters…Not to mention battling your favorite Crash bosses, earning rewards, base building and weapon crafting – all with a customizable Crash! Crash Bandicoot: On the Run! is completely free to play but some optional in-game items will require payment.
You must be connected to the Internet to access the game.

– Unlock skins and costumes of famous characters to build and customize your unique Crash Bandicoot.
– Customize Crash, go on the run and unlock challenges, characters and rewards to give your game a Bandicoot boost.

– Running, sliding and jumping and with your favorite Crash Bandicoot characters on Wumpa Island.
– Run across iconic locations and explore Turtle Woods, Lost City, Temple Ruins and so many more tracks!
– Follow secret paths and run into hidden island locations for in-game challenges and rewards.

Go running with friends in multiplayer

– Up your game and join other Bandicoots on asynchronous multiplayer runs
– Run the island alongside fellow customized Crash and build your own stylish Bandicoot crew!
– Earn in-game Crash points to climb the solo and team leaderboards for rewards.

– Team up with an all-time favorite character – Coco Bandicoot! – and spot enemies across the island.
– Go on battle runs and unlock rewards to build up, upgrade and customize the base.
– Gather ingredients on collection runs to craft serums and buildings.
– Unlock weapons like bombs and rayguns for battle runs and win rewards!