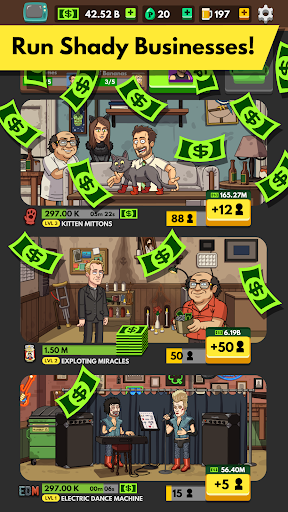 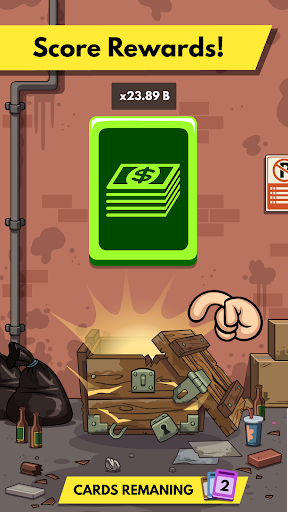 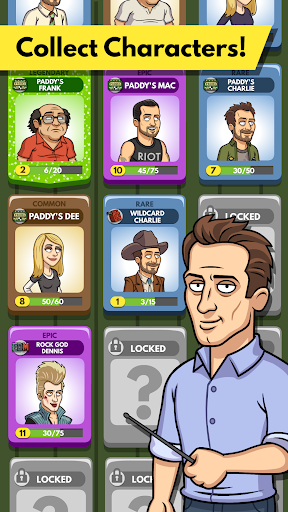 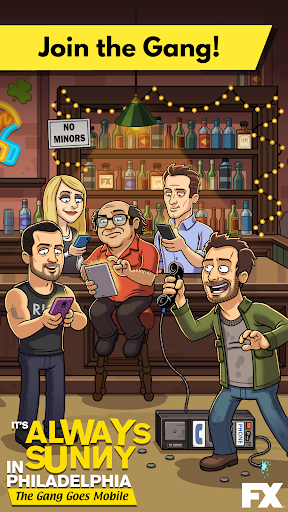 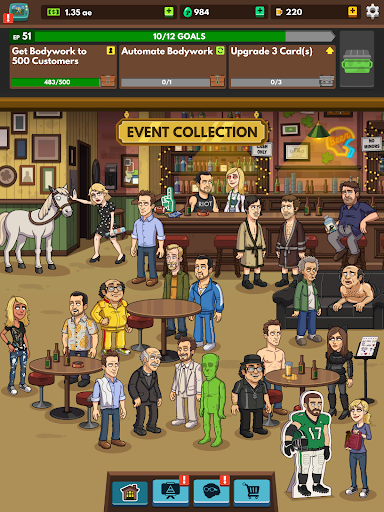 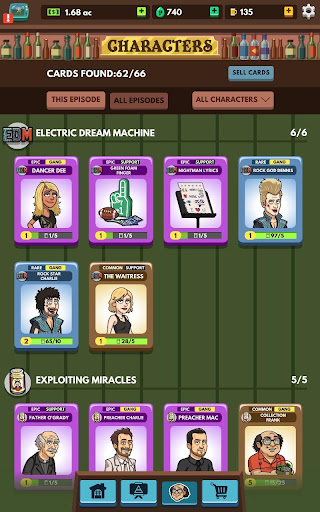 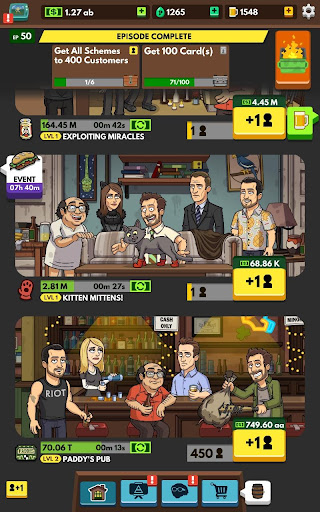 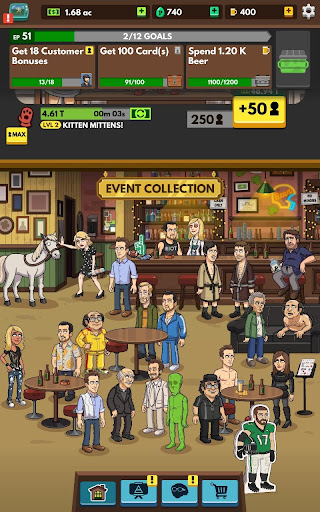 Tap your way through the worst bar in Philadelphia! Team up with The Gang from It’s Always Sunny — Mac, Dennis, Charlie, Dee, and Frank — a hilariously dysfunctional, self-obsessed bunch of characters, and start businesses to launder Frank’s money. While Mac, Dennis, and Dee bicker and backstab over ways to make an easy buck from customers, Frank tasks Charlie with collecting the cash and hiding it in a safe place. As each new business finally hits its stride, all of their money goes up in flames. It turns out that Charlie’s favorite “safe place” — the back-alley dumpster — seems to constantly catch fire. Tap through your favorite scenes from the Emmy® nominated, acclaimed FXX hit TV show IT’S ALWAYS SUNNY IN PHILADELPHIA.

Go on hilarious adventures with your favorite characters and guest stars as they try to transform the worst bar in Philadelphia into the best bar! Build fun schemes that The Gang disguises as legitimate businesses, collecting cards and cash along the way.  Transform all of The Gang’s crazy businesses into idle money-making machines! Idle clicker games are known for their relaxed play style. Automate businesses so that Mac, Dennis, Dee, Charlie and Frank can keep collecting cash even when you aren’t playing. Upgrade characters and businesses by collecting cards that help you to increase the money-making capabilities of each idle business. With your help, The Gang will become true idle tycoons!

Tap, touch, and play with your favorite characters from the TV show, like Couch Frank, Wildcard Charlie, Erotic Memoirs Dennis, Fight Milk Mac, and Pink Eye Dee! Your favorite supporting characters are on fun new adventures, including The Waitress, Rickety Cricket, The McPoyles, and more (Rum Ham!!!)! Upgrade your characters and businesses to make even more money for Charlie to collect (and accidentally burn!). Manage Paddy’s Pub and cook up idle money-making schemes like Kitten Mittens, the Virgin Mary Stain, Electric Dream Machine, and more! Help the Gang exploit fools, backstab each other, give in to their worst impulses to convince hapless customers to hand over their cash! The more money you make, the more businesses you can build.  Tap through classic stories from the hilarious TV show and experience cringe-worthy new adventures – in a fun idle game style. Hang out with Mac, Dennis, Dee, Charlie and Frank behind the bar at Paddy’s, in Charlie’s apartment, under the bridge, and many more memorable locations from the TV show. It’s Always Sunny: The Gang Goes Mobile is brought to you by Eastside Games, the same studio that brought you the wildly successful Trailer Park Boys idle game.