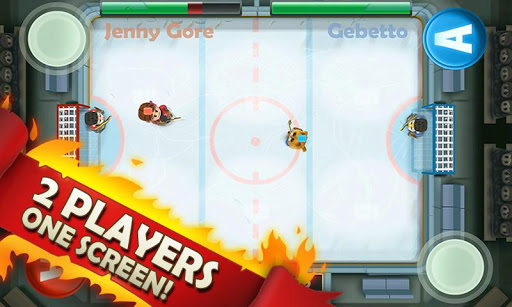 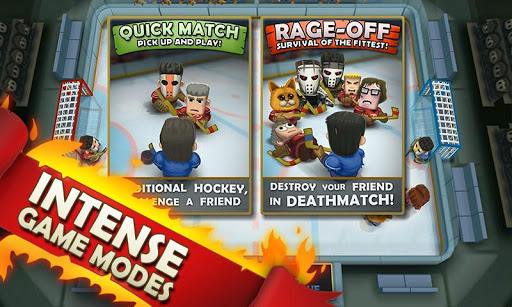 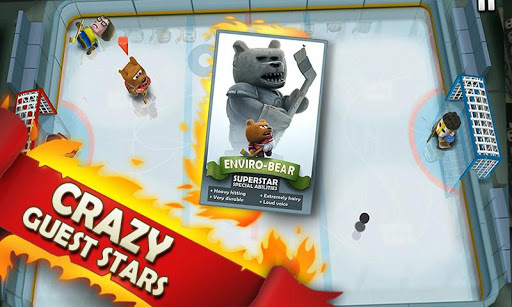 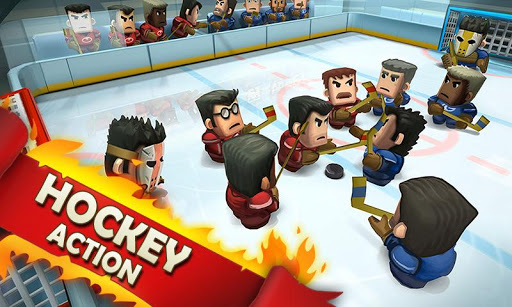 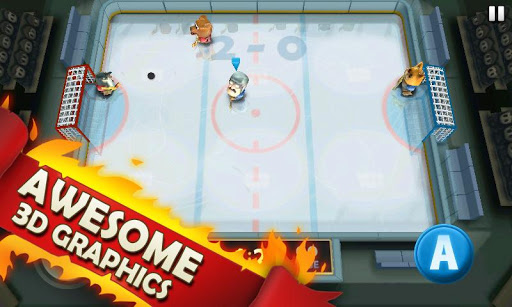 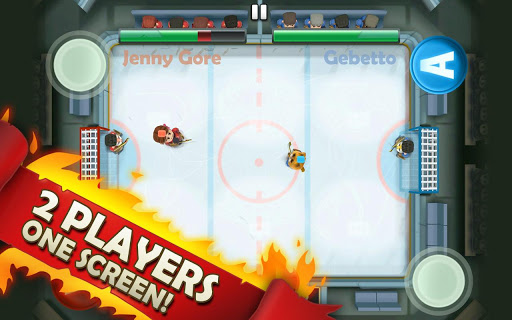 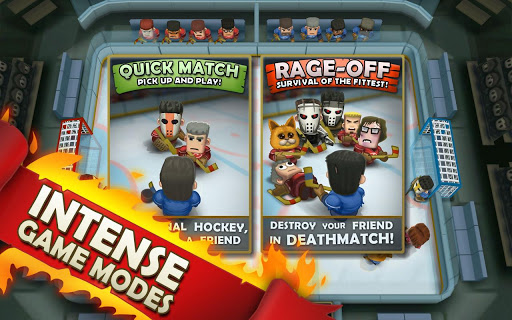 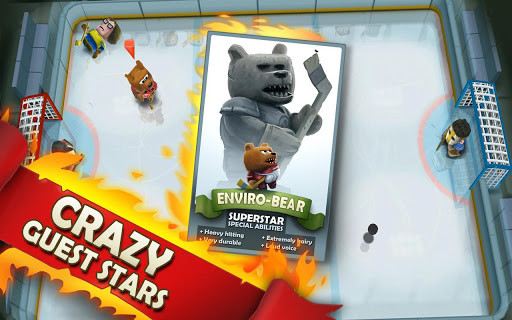 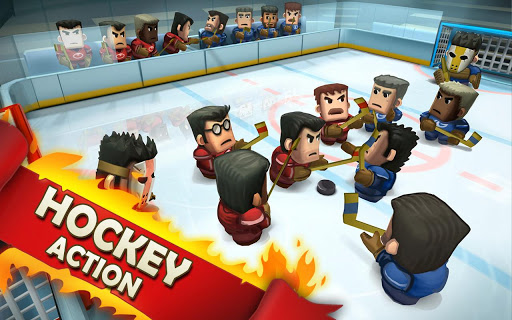 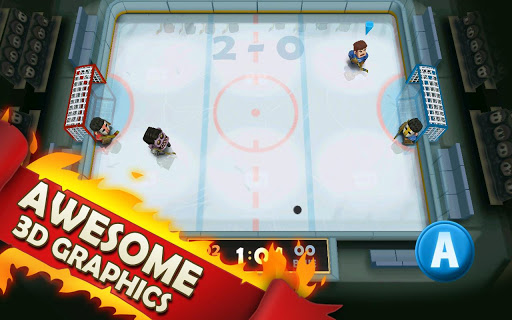 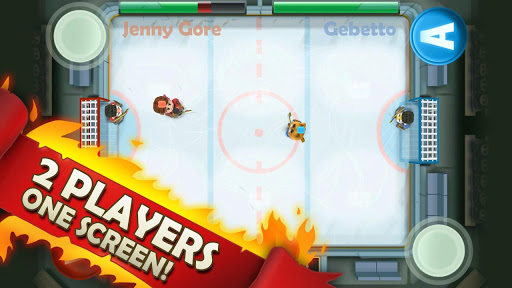 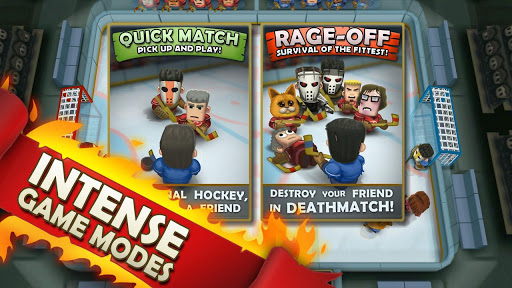 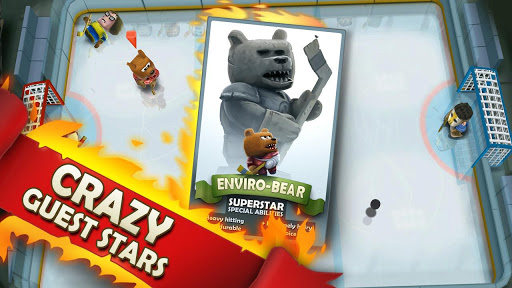 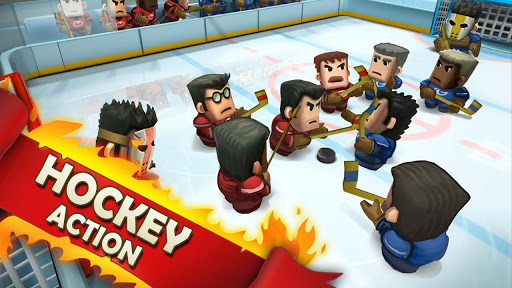 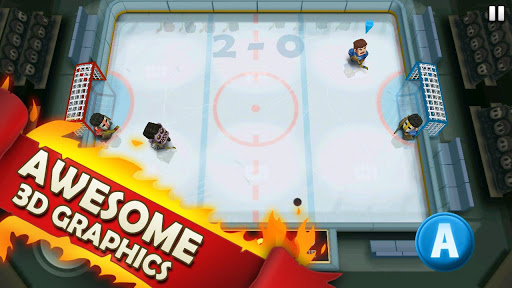 #1 Sports Game on smartphone in the US and 70 other countries. Over 2 million players!Players face off across a ice rink, in a hockey duel – one player and one keeper one each side. This is arcade air hockey NHL and CHL game with leagues and multiplayer.  Play is rapid and rough, with players spending as much time eating the ice as on their feet. Superb animation and charismatic characters make this a game you won’t forget in a hurry. We dare you to take on the championship or challenge your friend in the most intense single-device multiplayer you’ve ever experienced.

There are three different single player modes (Tournament, Quick Match and Deathmatch) and a single-device multiplayer.
There are also tons of unique characters to choose from such as lightning fast Antero or heavy-hitting Enviro-Bear. Team them up with crazy goalies like Santa and you’re sure to get the upper hand.

4/5 “Ice Rage is an excellent game.” – androidheadlines.com
“If you’re looking for a simple, frantic hockey game for one or two people, look no further than Ice Rage.” – androidspin.com
4/5 “If you find that you don’t have a lot of time for games, Ice Rage might be ideal for you. ” – talkandroid.com