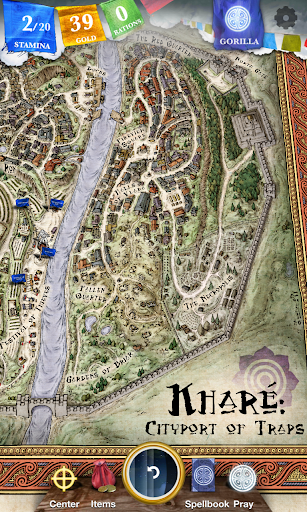 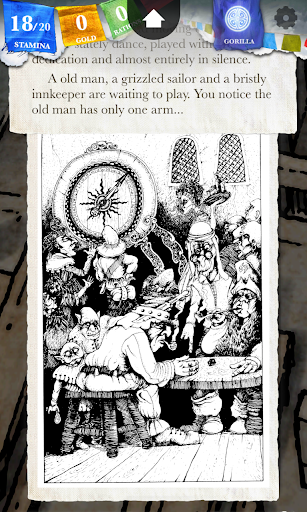 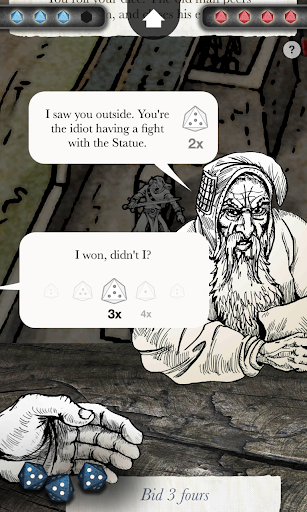 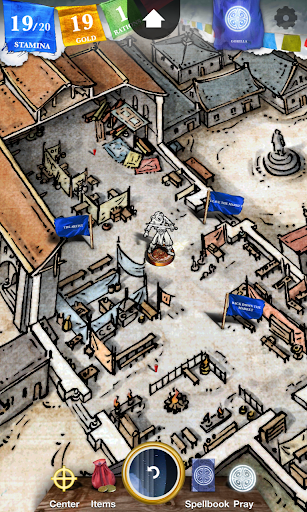 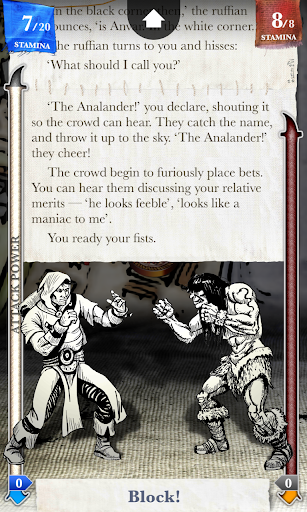 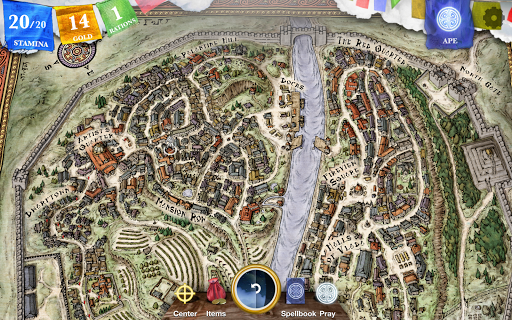 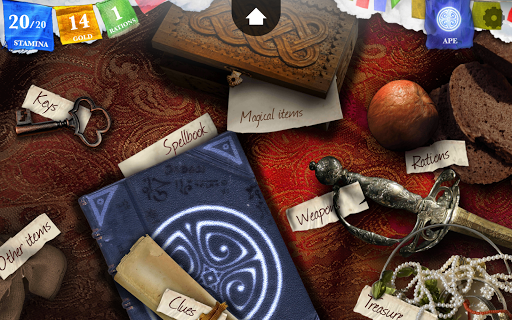 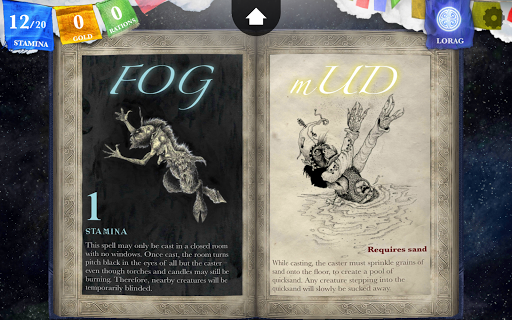 An epic adventure through Kharé: Cityport of Traps. Begin your story here!Kharé is brimming with things to do and creatures to meet. Visit the Festival of Thieves, battle a ghost, escape from slavers, gamble your fortune at the Halls of Vlada, drink at the tavern, worship strange Gods, and much much more. Will you uncover the secrets of the city, overthrow the Council, destroy an invading army, or leave Kharé to burn?

From legendary designer Steve Jackson, co-founder of Lionhead Studios (with Peter Molyneux), and Fighting Fantasy and Games Workshop (with Ian Livingstone), and designed and adapted by inkle, the app uses inklewriter technology to tell your journey in real-time, shaping the story around your choices. The text itself changes based on how you play and what you do. In combat, the action is described on the fly based on how you play.

Featuring original illustrations by John Blanche and maps by Mike Schley (Wizards of the Coast).

Dare you journey into Kharé, a town of thieves and murderers on the brink of destruction?

+ Fully interactive story written on fly around on your actions and choices
+ Plot your own path down every street of the hand-drawn 3D city map
+ Go down into the sewers, aboard ship, or inside buildings with new interior maps
+ 3D spell-casting system: cast over 48 spells, with weird and wonderful story-changing effects
+ New gambling game: can you outwit the citizens of Kharé at Swindlestones?
+ Over thirty different monsters to fight with our unique strategic combat
+ More than double the content of Part 1: over 300,000 words, with 10,000 choices, and every one is remembered
+ Play as a male or female hero
+ Start your adventure from here – or load your characters from Part 1

“I love this app… It’s better than any gamebook ever was in your head when you were a kid” – 5/5, Interactive Fiction Game of the Year (Pocket Tactics)

“With a seemingly endless number of outcomes, Sorcery 2 offers hours upon hours of gameplay… one of the best games of 2013, and adventure fans, you can’t afford to miss it” – 5/5 (Examiner.com)

“A terrific adventure – one fraught with danger, rich in atmosphere, and pleasingly flexible in terms of how you shape its twisting, twisted narrative” – 8/10 (Pocket Gamer)