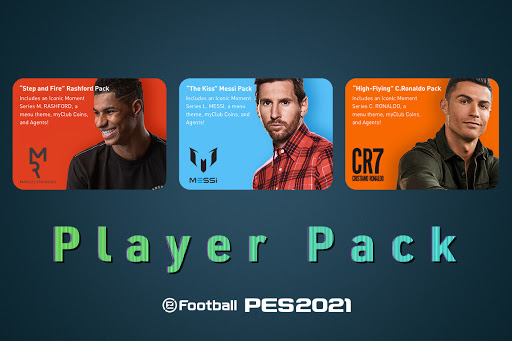 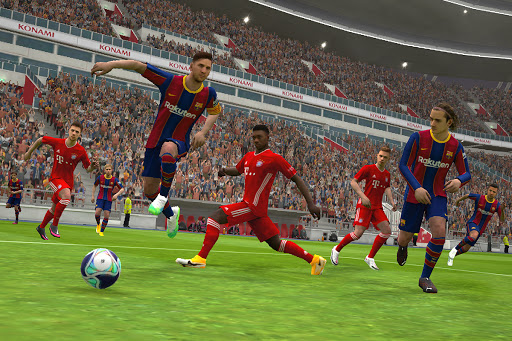 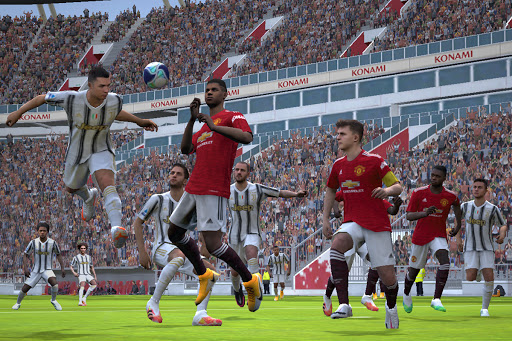 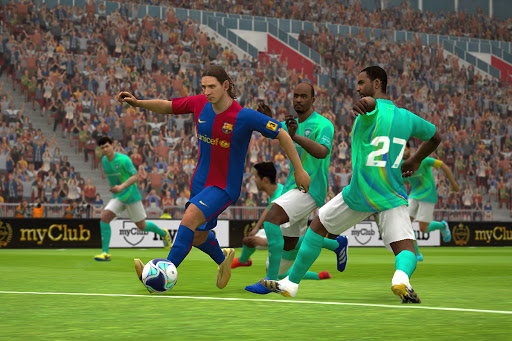 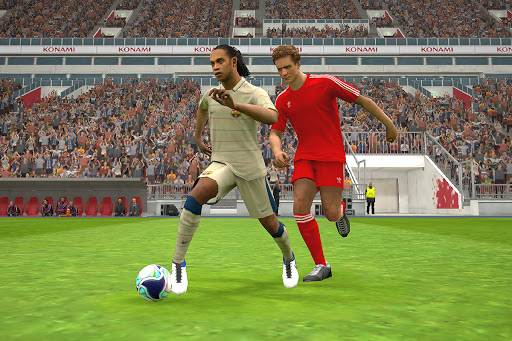 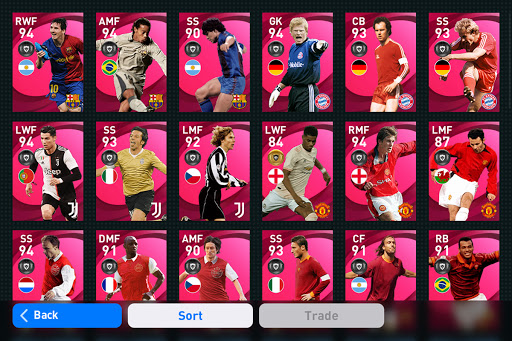 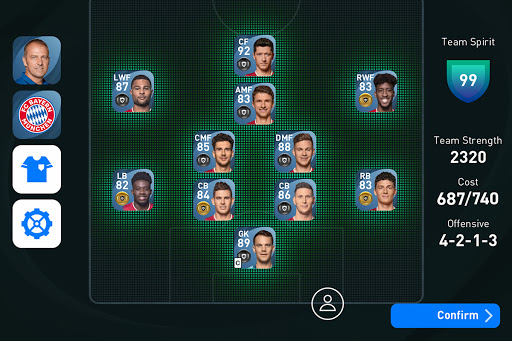 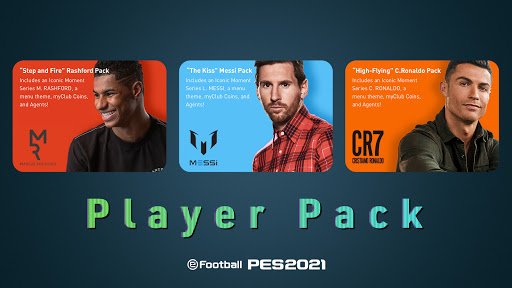 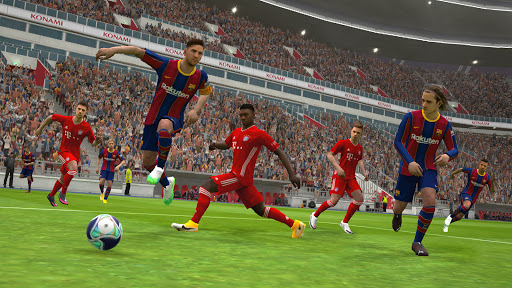 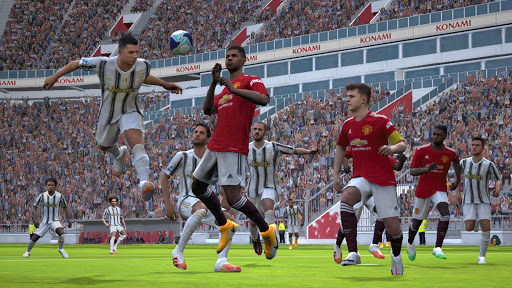 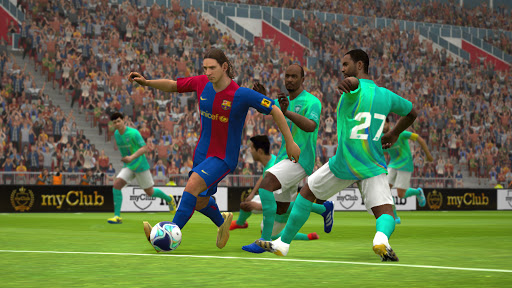 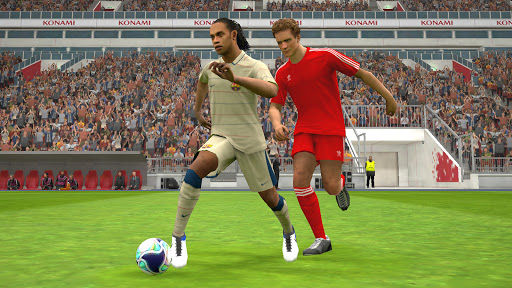 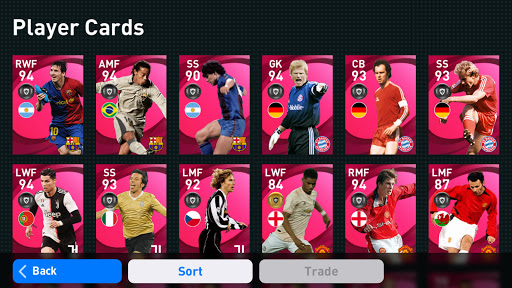 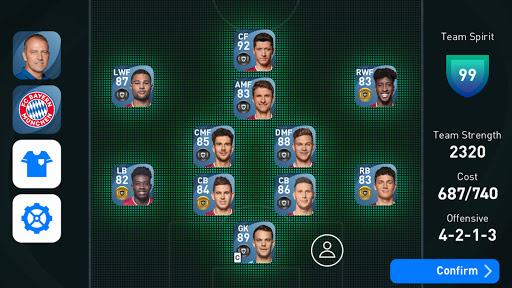 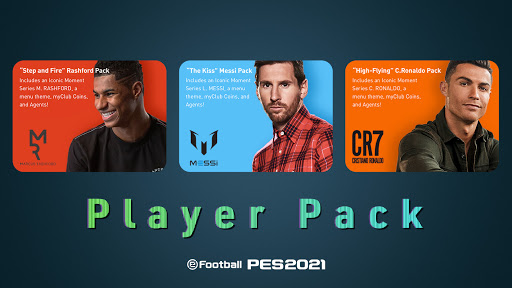 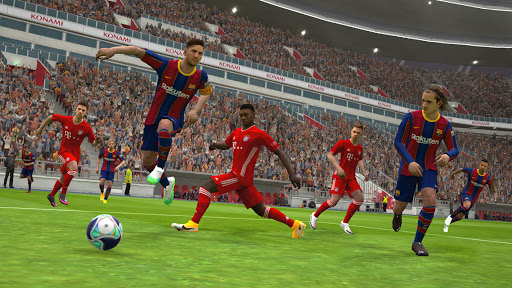 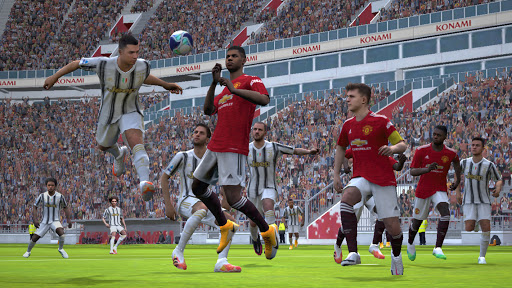 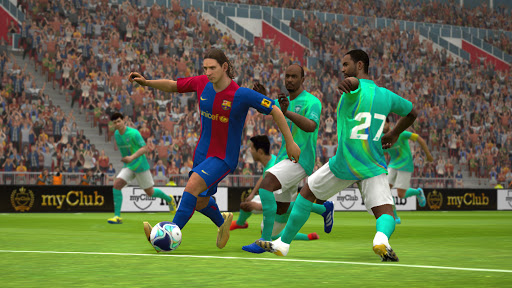 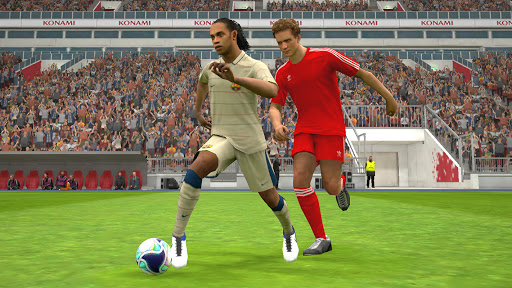 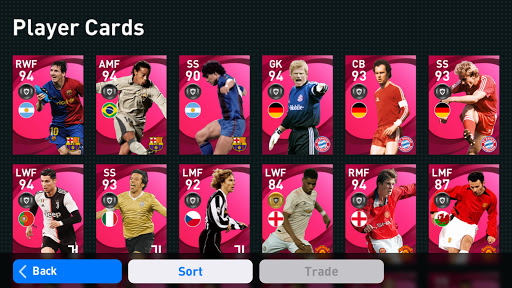 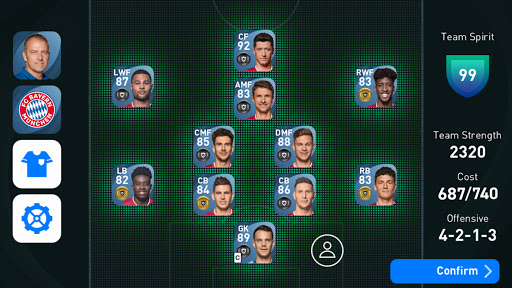 The latest update to PES 2021 mobile (v5.2.0) was released on 02/04/2021. With PES 2021, we’ve taken the same critically acclaimed console gameplay that won E3 2019’s “Best Sports Game” award, and distilled its essence to bring you the most authentic soccer experience on mobile to date. Featuring an exclusive partnership with AS Roma, new Matchday mode events, updates to players, clubs and leagues, and much much more! New additions are coming to the ‘Iconic Moment Series’, allowing you to relive and recreate even more magical moments from the careers of current and former soccer superstars.

Play with a veritable smorgasbord of officially licensed clubs from the upper echelons of European soccer; including FC Barcelona, Manchester United, Juventus, FC Bayern München, as well as new exclusive partner, AS Roma! Face off against friends near and far with both local and online multiplayer functionality. Then, once you’ve sharpened your skills, head over to eFootball mode to take on the world in Matchday and various other competitive esports events.

Players who performed well during weekend matches will appear in the game as Featured Players. These special versions have increased ratings, unique card designs, and in some instances, additional skills. Live out your soccer fantasy by signing various Legends to your squad, including D. BECKHAM, F. TOTTI, D. MARADONA, S. GERRARD, G. BATISTUTA, FERNANDO TORRES, and K. RUMMENIGGE. Data from real matches being played around the world is collated on a weekly basis and implemented in-game through the Live Update feature to create a more authentic experience. These updates affect various aspects of the game, including player Condition Ratings and team rosters.Approximately 1.9 GB of free space will be required to install this update, so please confirm that you have enough room on your device before beginning the download.
Given the size of the file, we highly recommend that you connect to a Wi-Fi network to download it.

Player Packs are now available in the SHOP, allowing you to sign Iconic Moment versions of superstar players like L. MESSI, C. RONALDO, and M. RASHFORD. Each pack comes with an Iconic Moment Series player, myClub Coins, an original menu theme, and 2 Black Ball Special Agents.
*Please check each Player Pack’s details before purchasing. An internet connection is required to play eFootball PES 2021. We also strongly recommend playing with a stable connection to ensure you get the most out of the game. If you select Japanese in the language settings of the game application, “eFootball Winning Eleven 2021” will be displayed. If you select a language other than Japanese, “eFootball PES 2021” will be displayed.

Additionally, we have received reports from some users indicating that Google Play does not always display the correct download size.
As a result, we urge you to wait a while even after the download progress bar has reached 100% to ensure that your device is able to finish downloading the complete file.
If the file doesn’t finish downloading, you will be unable to start the game. You will also not be able to complete the update if you do not have enough space to install the file.
We realize that this process is counterintuitive, and we apologize for any inconvenience caused.

Furthermore, as a show of appreciation for your continued support, all users that download the v5.2.0 update by 23:59 (UTC) on 02/07/2021 and open the Inbox will receive a “Black Ball” Special Agent.